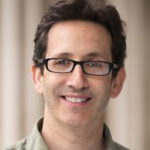 Buzz Baum studied Biochemistry at St Catherine’s College, Oxford. He did his PhD (1993-1997) with Paul Nurse at Cancer Research UK, UCL. From 1997-2001, he joined Norbert Perrimon at Harvard Medical School. In 2001, he was awarded a Royal Society URF at UCL and he was appointed as a group leader at UCL’s MRC Laboratory for Molecular Cell Biology in 2007. He was appointed Professor of Cell Biology in 2011. Since 2018, he has also been the director of the Institute for the Physics of Living Systems (IPLS). Among many distinctions, he is one of the outstanding researchers in Life Sciences elected as EMBO members in 2013.

Buzz Baum is Group Leader at the Medical Research Council Laboratory for Molecular Cell Biology (MRC LMCB), at UCL (London). His lab is interested in exploring the mechanisms (molecular, cellular and physical processes) that give rise to biological form and cell shape. Overall, the aim of his work is to better understand how eukaryotic cell shape evolved and to deeper investigate how the dynamic behavior of individual cells contributes to tissue structure and function in normal development and cancer progression.

In opposition to classic models that have always assumed that the nucleus and endomembrane system evolved within the cytoplasm of a prokaryotic cell, professor Baum and colleagues proposed an innovative “inside-out theory”. According to this alternative framework, an ancestral prokaryotic cell, homologous to the modern-day nucleus, extruded membrane-bound blebs beyond its cell wall. Expansion of those blebs and bleb-fusion steps yielded to the dynamic organization of modern eukaryotic cells. Buzz is also Professor of Cell Biology and Head of UCL Systems Biology.