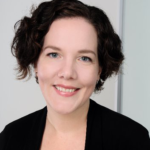 Dr. Scheel is currently a resident in dermatology at the St. Josef Hospital, Ruhr-University Bochum, Germany and a group leader at the Institute of Stem Cell Research, Helmholtz Center Munich, where she was the recipient of a Max Eder Starting Grant by the German Cancer Aid. Dr. Scheel trained as a postdoc in the group of Dr. Robert A. Weinberg at the Whitehead Institute of Biomedical Research in Cambridge, USA after obtaining her Medical Doctor at the Universities of Münster and Düsseldorf in Germany. In 2018, Dr. Scheel co-organized the Gordon Research Conference “Mammary Gland Biology – Mammary Gland Development and Breast Cancer from Systems Biology to Single Cell”.”

The research of the Scheel group focuses on mechanisms of epithelial plasticity in the context of normal regeneration and metastatic progression.

For this purpose, the group has developed an organoid assay for primary epithelial cells harvested from human breast tissue and milk. Epithelial plasticity, defined as the ability of cells to dynamically change cell state, for example from epithelial to mesenchymal, is crucial for many processes during epithelial morphogenesis and homeostasis. The Scheel lab is interested in identifying mechanisms of epithelial plasticity that promote tumor progression and therapeutic resistance in breast cancer by studying cell state transitions at the single-cell level. In the context of normal regeneration, they study how dynamic physical interactions with the extracellular matrix impinge on morphogenesis and plasticity during mammary organoid formation.”